Location Manager for a BBC Shoot in Rome 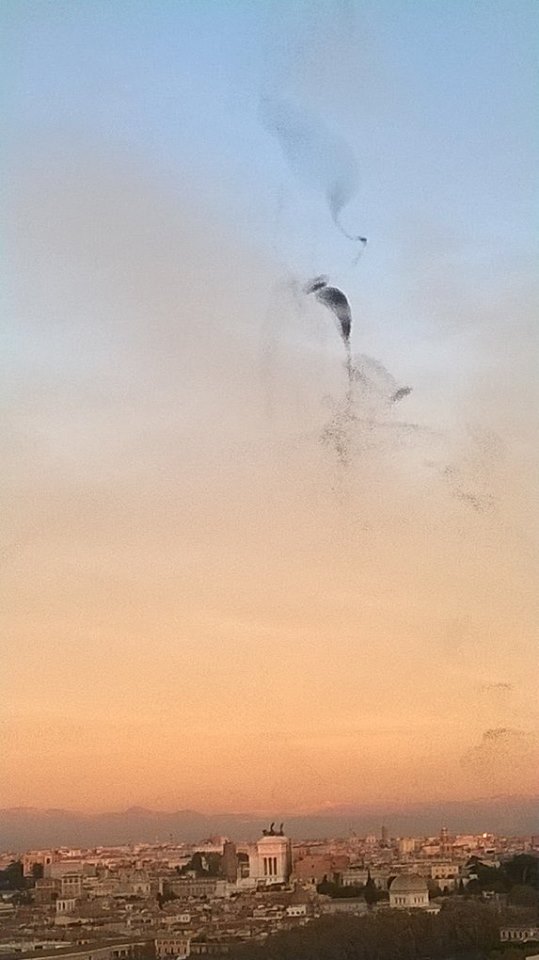 The BBC contacted Fabio Di Segni to help them with filming the phenomenon of starling swarms in Rome, for their landmark series PLANET EARTH 2, narrated by Richard Attenborough.
Each evening during the autumn in Rome, swarms of starlings fly over Rome attracted by the heat of the city. They form huge swarms that swirl and change form above the buildings, millions of birds taking part in a type of aerial acrobatics. And then suddenly, as if responding to a signal they can hear but we can’t, they all alight on the trees along the city avenues to roost for the night.
It’s one of nature’s great spectacles. But for the Romans who live below them the beauty is somewhat diminished by what the birds leave behind. Tons of guano drop on the roads, parked cars and buildings of the city. The slippy city streets have been responsible for accidents, and residents are frustrated by the dirt and the smell. So, the city council has been trying for years to find a solution, some method to encourage the birds to nest elsewhere. They’ve used alarms that sound like guns firing (not very popular with residents) and more recently natural predators such as peregrine falcons. The problem with the latter is the sheer numbers: you’d need thousands of falcons to make any kind of impact on these huge swarms.
To film this natural history documentary, the BBC needed to find the best vantage points in the city and as the location producer Fabio was there to help them. He identified the ideal rooftops for filming and negotiated access on behalf of the producer. He also spoke with local scientists researching the phenomenon and members of the city council to find out what programmes they were implementing to scare the birds away.
The result is one of the most enchanting and breathtaking scenes in this excellent series, PLANET EARTH 2, Episode 6 Cities