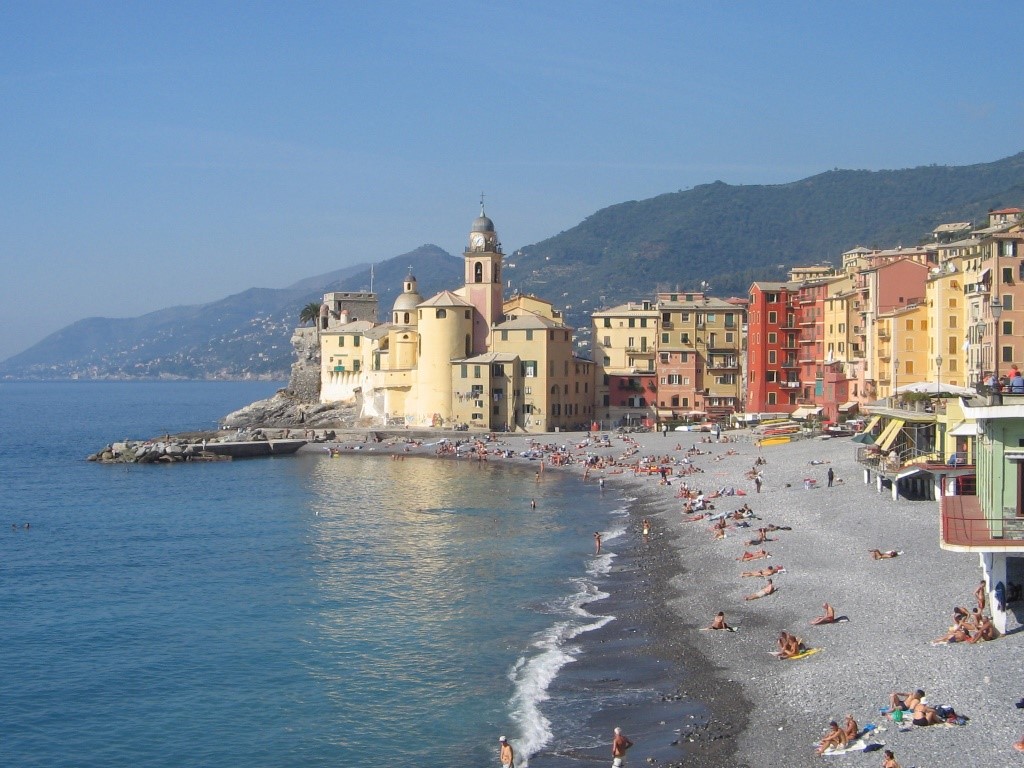 Andrew Zimmern’s hugely successful series Delicious Destinations came to Italy to film new episodes, and they asked us to help them with one in Tuscany and one in Liguria. As the location producers, we helped the TV production company, Tremendous Entertainment, refine the list of dishes to feature and found great locations and contributors to film. Fabio accompanied the TV crew on location and sorted all the film permits, crew transportation and general logistics for them.
Probably the most famous Ligurian dish is pesto, and we suggested that they filmed the making of this iconic sauce at the historic Zeffirino family restaurant in Genova. The restaurant has become a by-word for all that is good about Ligurian cuisine, and the Zeffirini family have hosted big names there such as Frank Sinatra, Pavarotti and Liza Minelli. A more televisual character than Luciano would be hard to find!
Keeping with the idea of historic family businesses, we also suggested the only one remaining that still makes Genova salami the traditional way. Salumificio Parodi dries their salami in rooms heated by ancient cast iron wood-burning stoves. And the end result is unique!

Liguria is famous for its coast, such as the Cinque Terre, but these aren’t the only enchanting villages by the sea. There is the stunning port of Camogli, the traditional wintering ground of the Milanese who know a good thing when they see one! Here we offered three gorgeous locations: the family-run focaccia business of the Revellos, and Fiorella’s fresh pasta shop where you can buy all sorts of types of pasta including the typically Ligurian pansotti.

And here in Camogli, we also found a restaurant location overlooking the seafront where they serve Cappon Magro, a dish which symbolizes Liguria as a place between sea and land, with fresh seafood and steamed vegetables bound together by a ‘salsa verde’.